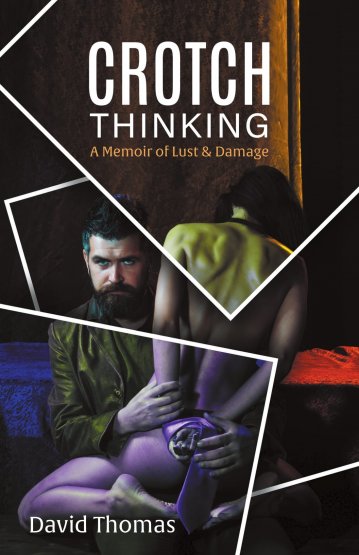 Crotch Thinking is the story of one baby boomer’s sexuality from his third year to his seventieth.
Repression, hormones, and cultural forces led to a shotgun marriage and two daughters he adored and abandoned for a second, trophy wife. Passionate pleasure with her obscured the permanent pain brought on by her alcohol and drug addictions and his codependence. Then, the joy of their son’s open adoption was overshadowed by failed treatment attempts and professional ruin. After six decades he learned the difference between lust and love, but not in time to save his children from alcoholism, depression, obesity, and inability to trust. From this life millennial men can learn to reflect on their sexuality and communicate openly about it.

About the Author:
David Thomas is the pen name of a retired communication professor happily living with his third wife in the Midwest.