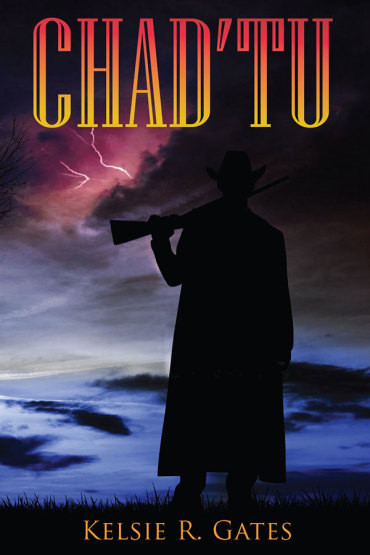 Life has a way of surprising us when we least expect it.

That’s what happened to Chad’tu. Just when he thought everything was right in his life, something happened. Now, to solve his problems, he has to go on a dangerous journey with a wolf in tow.

Will fate be good to him?

Lost from a wagon train headed west, a 10-year-old boy is saved by an Indian from starving. The Indian, having lost his family and son in a massacre, raises the boy as his own, giving him the name Chad’tu.

Several years later, the Indian dies and Chad’tu is captured trying to steal a gunslinger’s horse. The gunslinger is a well-known gunsmith and soon after decides to teach Chad’tu how to use a pair of Colt .44s and the ways of the white man. Being young and for the swiftness of his Colts, he is talked into becoming sheriff of Tombstone by the articulate Mayor.

Once, on an exploration, Chad’tu is almost shot by Indians, who he quickly befriends by speaking with his Indian tongue. This is when he meets the love of his life, Jaydeen. After they marry, they settle in a large valley in the Black Mountains and start a cattle ranch in Indian Territory.

While herding cattle, he discovers a starving wolf pup abandoned by its mother. With care and love, it grows into a huge grey wolf who they name Track.

They are wondrously happy, until one day Chad’tu returns to find the cabin in shambles and Jaydeen gone, abducted by unknowns. With blood in his eye and killing on his mind, he sets to save his wife. Unaware of what fate awaits him, Chad’tu rides on their trail followed only by his wolf.

Kelsie Gates was born in Weatherford, Oklahoma. He spent his summers on a farm until his family moved to another Bakersfield, California when he was ten years old. Currently, he lives with his dog, a gray male hybrid wolf, named Track.