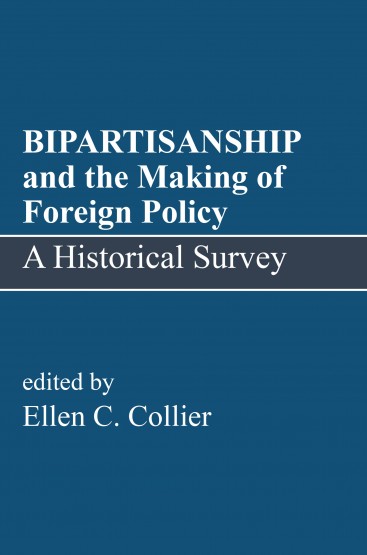 The United States is in the process of developing a new foreign policy to meet the changing political, economic, and technological situations throughout the world. This book is a history of the making of a new foreign policy after World War II and analyzes how a bipartisan policy was achieved and lasted until the end of the Cold War in 1991. By reprinting her out-of-print book published by Westview Press in 1991, author Ellen Collier makes available a handbook on building a bipartisan foreign policy.

Ellen Clodfelter Collier was a specialist in U.S. Foreign Policy in the Congressional Research Service of the Library of Congress from 1949 until 1995. She wrote or edited numerous studies on foreign policy and war powers that were published by the Senate Foreign Relations and House International Relations Committees, and Bipartisanship and the Making of Foreign Policy, a Historical Overview published by Westview Press in 1991. She received a B.A. from Ohio State University, an M.A. from American University, and graduated from the National War College. Mrs. Collier lives in Silver Spring, Maryland.