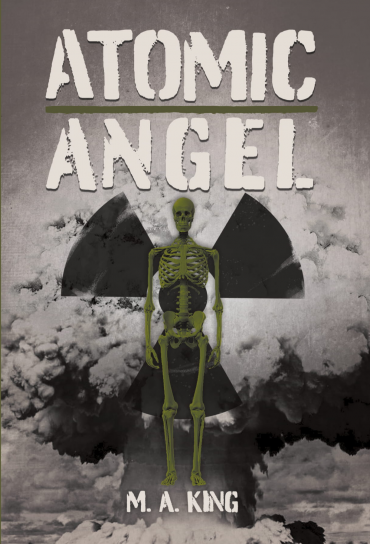 The phenomenal life of David Oliver Goldman, a saga of the floundering anti-hero who tries to find his way in an increasingly hostile world and its ever elusive meaning. After exposure to atomic atmospheric testing in the Bikini Islands, his life is irreversibly changed. His journey intertwines with iconic notables and histrionic events in the mid-twentieth century. For three decades Goldman’s odyssey is interwoven with the path of his adopted brother, who shadow one another with contrary elucidations of the world’s gist. An American gothic tale of lost prophecy, lost love, lost God and lost self in a metaphysical pilgrimage that finally reveals the meaning of his life.

M. A. KING has traveled much of the world in the quest of exotic culture, anthropological tales and the fabled perfect wave. Born and raised in The City of Angels where anecdotes of Los Angeles’ past has been a life long fascination.