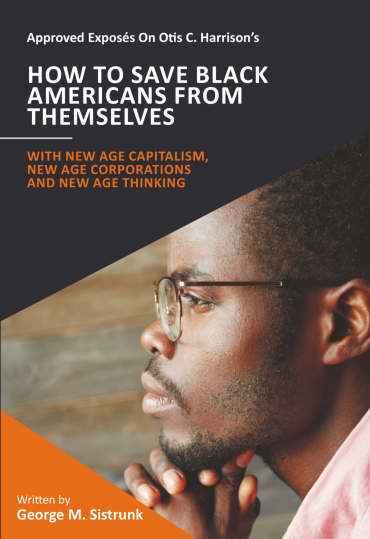 In these exposés the reader will come to understand how and why “New Age Capitalism, New Age Corporations and New Age Thinking” will give Black people the organized legal systems to empower ourselves. There is no real societal growth and development without viable and sustainable socioeconomic systems that can be passed on to future generations. Far too many Black Americans mistakenly believe Whites and others will take care of us while we sit back and do little or nothing to take care of ourselves. Affirmative action for Black Americans will not exist in the 21st century.

George M. Sistrunk is a writer, researcher, and a data analyst. He and Otis C. Harrison have been friends for years. Their close friendship goes all the way back to when they were babies in a playpen on Sunnyside — a predominantly Black neighborhood in Orangeburg, South Carolina. His background has given him a broad base to write about this first ever economic empowerment concept that is capable of moving millions of Black people into the 21st century.