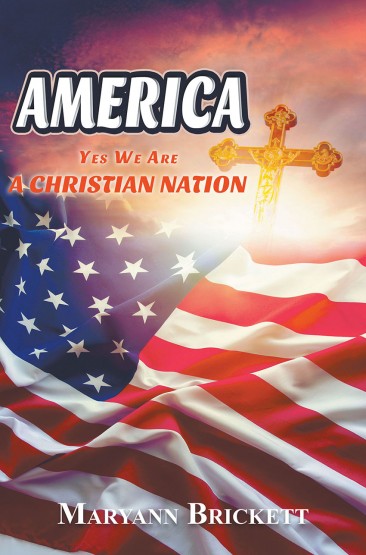 Maryann Brickett (Stupka). In her book, Maryann argues the case for all Americans to realize that America is a Christian nation. While America allows “freedom of religion” for everyone, there is a strong case that the founding fathers dedicated this land to God, and America’s constitution, laws, culture, traditions, customs, morality, and way of life are a direct result of biblical influence from the Bible. Using biblical citations Maryann outlines the Ten Commandments and how America has broken them. The book analyzes past civilizations which have fallen to the same immoral and debt ridden levels that America has now and shows how those civilizations have either ceased to exist or are now Third World countries. Maryann builds her case on the hundreds of famous people, including presidents, scientists, statesmen, and others who have proclaimed their strong faith in God. They have stated that it is impossible to govern without His divine help. Maryann also cites many of America’s cities which bear biblical names. Her goal is to inform readers of our nation’s roots, rich heritage, and engage them in the culture war to regain our country, one family at a time. One nation is one country, “under God” with liberty and justice for all.