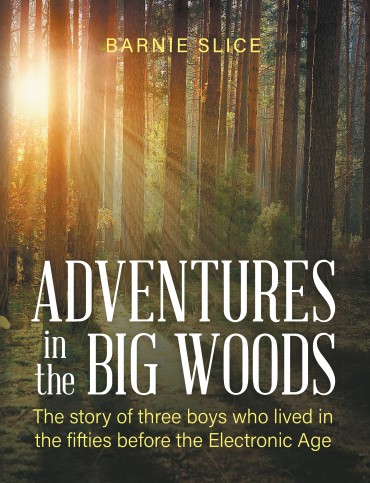 This book is the story of three boys who lived in the late fifties and how they lived without electronic gadgets of any kind. They came from low income families. Television had just hit the market in black and white form and that was all they had. They built their own toys and made up their own games because money was scarce but they never felt they were poor. Their playground was The Big Woods as they called it along the banks of the Broad River where they found many adventures in the summer of ’53.

Barnie Slice was born in Columbia, South Carolina in 1940 and grew up in the state. His true talent is art and he has become very successful in that endeavor over the years. He discovered that he could write in his late sixties and found the thrill of writing stories about things that he had experienced or knew something about. He published a child’s book several years ago and has written a story about his childhood since which he is going to publish. He looks forward to writing new stories in the near future.