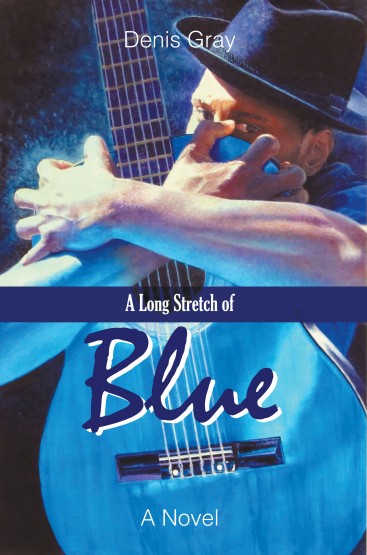 Arfel Booker is a great young blues musician in the 1940s South. One night, after playing a blues gig in a new town, a beautiful woman takes him back to her log cabin to make love. In the morning (after blacking out from too much liquor), he awakens to an unwelcome surprise. Instead of the woman, an unfamiliar white man is in the bed, and the man’s throat has been slashed with Arfel’s knife.

Arfel knows he’s been framed, and he makes a run for it and heads north by hopping trains. Once in a safe distance from the southern town, Arfel makes the acquaintance of Lemontree Johnson, a fellow blues man who helps to reestablish Arfel’s music and him. Despite this spot of good luck, Arfel’s troubles are far from over.

Lemontree is the only person who knows the truth about Arfel’s run from the south and his current state as suspected murderer. All seems lost when a bounty hunter arrives looking for Arfel. Who is the strange murdered white man and how will Arfel Booker escape the long arm of the law this time?