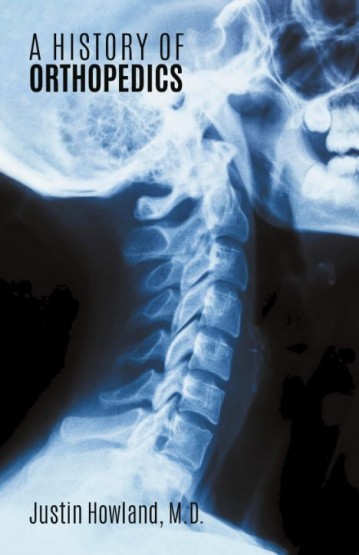 A HISTORY OF ORTHOPEDICS portrays the beginning of orthopedic surgery from ancient times to the current era. It follows the gradual development of a specialty from Egypt to the European continent and England and from there to the United States of America. After the discovery of anesthesia and x-rays in the 19th century, a more rapid development of surgical endeavors led to the current situation where arthroscopy could view and treat deranged joint mechanics, and painful arthritic joints could be replaced. Many of the important persons who helped reach this current state are listed with their contributions. Whereas in the 19th century orthopedic surgery was still considered part of general surgery, in the 20th century the two specialties became separated. In addition, there was a struggle between conservative practitioners (the “Strap and Buckle” doctors) and those who felt surgical intervention provided better results.

Retired Orthopedic Surgeon Justin Howland practiced orthopedics in Redding, California for 28 years. After graduating from Yale University, he received his MD degree from N.Y. Medical College. He interned at Kaiser in San Francisco, and his residency was at Fitzsimons in Denver. After a tour in Europe and a stint as Chief of Orthopedics at Fort Dix, N. J., he and his family (five children) returned to California.