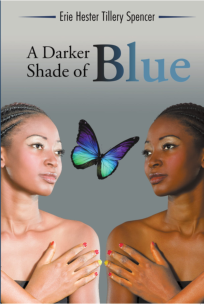 The poignant coming of age story of a twelve-year-old, dark-skinned African-American girl named Rena, who grew up in a mulatto family in a small southern town during the 1940s and 50s.

Rena has to cope with the blatant racism of the time and the tensions over skin color within her own family. She is the first dark-skinned child born to a family of first-generation offspring of people of mixed white and black ancestry. She is forced to confront her mother’s death with a family that sees her as an intruder. Thus, she embarks on a journey of discovery, uncovering family secrets surrounding her birth, her mother’s mental illness, and the motives behind the indifference her family feels toward her.

Erie Spencer grew up in the state of Louisiana, surrounded by a rich history of African-American culture and folklore. She began writing short stories as a hobby, drawing characters with their own language, beliefs and mores from her vivid imagination.

After high school, she moved to Chicago, Illinois where she earned a Bachelor of General Studies in psychology from Roosevelt University and a Master’s degree in criminal justice from Chicago State University.

In 2006, she was awarded a grant from the Community Arts Assistance Program from the City of Chicago Cultural Center for Literature.