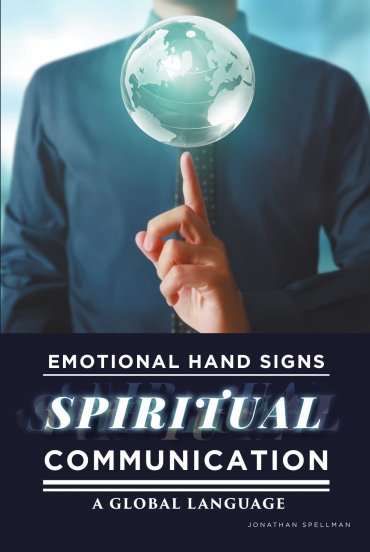 There’s another world that exist under hand movements. A world from non-material energy where spirits habitate. Hidden beings within humans that use telepathy and signs for communication. I Jonathan Spellman was able to communicate with them even through television after being zapped by George Walker Bush Jr. in the form of kinetic energy 5 miles away from the U.S. military naval base. It stated he was George Bush in the form of kinetic energy and wherever power excites I can be there within a street light pole, car battery, or even your body. He connected with my mental and vision abilities. I was able to see hands wave a form of communication and hear by telepathy. I made a report to the U.S. military that I’ve been kinetic zapped and faces appeared on a wall as something to open, but they would only acknowledge it. I decided to do a study project with freelance doctors through Kolabtree and had it logically checked by Editage scientific team. Together we developed a form of communication with spirits and opened the faces on a wall that are shaped as the five major human races. Each face characteristics give a description of their race. We will unveil the spirits from a cultural aspect throughout historical and modern-day times. Enjoy!